How to rank for specific searches: Why Google ranks the way it does Once you know why you should care about SEO, the next step is understanding the big picture of how it works and what you can do about it.

The next three lessons will be more practical advice, but without an understanding of what you’re doing and why you’re doing it, you’ll regret not building a good foundation to begin from.

This is that foundation.

The Big Picture of How Google Ranking Works

There are two main goals of SEO:

SEO is smart business and makes a lot of people very rich (SEO is an 80 billion dollar industry) but the nature of the beast is that it has created a lot of confusion about just… how to do it.

A common misconception is that the whole point of SEO is to “trick” Google into ranking you favorably when, in fact, you should be simply giving them what they’re looking for.

So what is it that Google is looking for?

On average, 7.5 MILLION new blog posts get posted every single day. Google is somehow responsible for collecting all of the information on the internet and presenting it logically to try and give everyone exactly what they’re looking for when they type in a search, instantly.

For each of those searches, what do you think went on behind the scenes before Google delivered their results?

All in a split second.

How did they do it? Are they wizards?

Unfortunately, they’re not wizards. They’re just a bunch of smart computer geeks using their computers to the best of their abilities.

Keep this in mind throughout everything you ever learn about SEO from this point forward. It’s integral.

Search engines are machines, a man-made process that collects and displays all of the information online. Like all machines ever invented, there is a way that they work.

How does Google know what’s on the internet in the first place?

Continuing with the above example… how does the Google machine work?

How can it possibly know all of the articles on the internet that are about “software engineer” in the first place?

Surely it can’t read, think, and reason, can it?

Think and reason, probably not yet. But read? You bet it can.

As you know, a website is made of code. That code, when put into a computer, is what displays everything you’ve ever seen on a computer screen.

Imagine that Google has this creepy virtual spider that regularly “crawls” through the “web” of code that makes up the internet and reports back to its master about everything it finds, placing all its newfound information into its “index”.

When you hear about site indexing, this is what that means. It means that your article is on Google’s radar and they know it exists. In order to pull you up for something, you have to be in their index.

Want to know what pages of your (or another) site are indexed? Type “site:www.yourwebsite.com” (without quotes) into a Google search. You might be surprised what you find is – and isn’t – being indexed.

How does Google know what your pages are actually about?

It’s one thing for Google to know that a page exists. It’s another thing for it to know what it’s about, what purpose it serves, what to rank it for, and whether it deserves to be on page one or page five.

Just like in real life, no one can possibly know what you do unless you’ve introduced yourself. Google rankings are no different.

When they index your page, Google crawls it to interpret what it’s about. If it’s unclear, they’ll guess. This is what happens to most people who write blindly, unaware of SEO.

It behooves you to make it as easy as possible for the crawler to crawl your page, understand exactly what it’s about, and what to show you for.

You need to introduce yourself.

How to Optimize Your Pages for Google

First and foremost, everything you type into a search bar is called a “keyword”. Even if it’s longer than 1 word, it’s still called a keyword.

Things can be typed in as many different ways as people talk.

Where one person searches “plumber in New York City”, another person might search “NYC plumber” – both of these are a keyword. Google has worked really hard to understand that both of the searchers, while they may have typed different things, wanted the same results.

Download the free Google Chrome extension called “SEO Meta in 1 Click” It’ll show you the header structure of any page on the internet.

Click the top organic result (that’s not an ad).

While on that page, open the SEO Meta in 1 Click extension.

Analyze why Google thinks this post deserves to be ranked #1.

See how many times the exact word “software engineer” was placed in their headers?

…then again in their page title and meta description

then again in the alt-text of the images.

When the Google Crawler scours this page’s code – because it’s so well optimized they have absolutely no doubt that it is, in fact, about the keyword “software engineer.”

They can feel confident that if a stranger were to search for that keyword, this page would be what they’re looking to find.

In the old days of Google, people would “stuff” the keyword as many times as they could on the page in order to game the system. Nowadays, Google is smart enough to recognize when someone is stuffing a keyword in unnatural ways and aims to prioritize synonyms, plurals, questions, and other ways of naturally addressing the query.

The takeaway is that you should be aiming to:

Other Ranking Factors Besides Keywords

At this point, we’ve covered how Google’s crawler knows what your pages are about, and you understand how to optimize your pages to help it index your content appropriately.

The problem then becomes that there are often thousands (or tens of thousands) of articles all trying to rank for the same thing.

How does Google decide which of them deserves to be ranked #1?

The absolute last thing Google wants is to rank someone highly who shouldn’t be there. What that would mean is someone loses faith in Google, and it makes THEM look bad.

How can they avoid that? How do they feel confident that who they’re ranking isn’t going to mislead their users?

You’ve gotta be credible. The term for this is called having high “Domain Authority”.

If Buzzfeed or the New York Times were to write an article, Google will be inclined to rank it highly the very same day. Whereas if you or I were to write the exact same article, there’s no way we’d get the same treatment.

Why? Because those sites have been around for a long time, write tons of content every day, and hundreds of thousands of people have linked to their articles. They’ve earned Google’s trust.

Notice the “DR” in the image below? On a scale of 1-100, that’s how much Domain Authority Buzzfeed is perceived to have, and how much faith Google puts into their site as compared to ours.

Our Domain Authority is a 19 (which we’re excited about considering that we haven’t been around for too long). If we write an article, Google isn’t going to trust us nearly as much as they would a site like Buzzfeed.

If a low authority site wants to rank organically for things, they’ll need to target keywords with low levels of competition.

Simply being around a long time and putting out lots of content isn’t good enough to be considered truly credible.

Remember, Google always wants to give its users the best answers possible.

…so how do they decide who has high authority and who doesn’t?

A word you’ll hear a lot in SEO Land is “backlinks”.

In addition to being well-established and putting out tons of content every day, 421,000 different domains have “backlinked” to Buzzfeed over the years, each of which Google uses as a vote of confidence.

The more backlinks a site has, the more people have not only heard of them but told someone else about it. Google sees those links as signs of credibility. After all, why would so many people be sharing it if it wasn’t good?

A backlink is a hyperlink that directs you to another website. For example, at the end of this sentence, there is a backlink that takes you to a website to help you discover the best new music.

Notice how the linked text might also be what someone searches for? That’s called the Anchor Text. It’s important to always link in that format when directing to another page. Reserve the term “Click Here” for directing to files and supporting documents. The anchor text gives Google an indicator of what that link is about.

Many websites neglect this but it helps a lot.

Never pay for links. That’s considered a black hat SEO tactic and will get you penalized.

The Google ranking algorithm relies heavily on backlinks but it still considers quite a few other ranking factors.

One factor entirely within your control is the concept of Internal Links. These are links to another page on the same website.

For example: at the end of this sentence, there is an internal link that takes you to our page offering SEO optimization services.

Google loves internal links because they improve a website’s user experience. If someone clicks from article to article and spends a long time on every page, presumably it means they’re enjoying your content and getting a lot of value out of it.

Engagement With the Page

Another important Google ranking factor is how long a user stays on your site and how much they click around.

Ever notice how when you search for a recipe, you always get a long article full of a bunch of fluff even though you’re probably just looking for a recipe? Or how you’ll often find articles with a hundred links inside them distracting you from finishing the article?

That’s because the more words an article has, the more time the average user spends “on page”. The more links, the more opportunities someone can engage with the article.

The more words to read and links to crawl, the more Google has to analyze and become confident what the page is optimized for.

Having longer articles combined with as many internal links as possible increases the amount of time before the average user clicks away, resulting in YOU moving up in the Google ranking, inching closer to your goals.

With SEO, it’s easy to get caught up in learning everything. It can seriously overwhelm people when it shouldn’t.

Unless you are considering becoming a professional SEO and competing with the biggest names in the marketing niche, we’d argue that the Google ranking factors on this page are the ones that 99% of us should focus our attention on.

The truth is that most niches aren’t nearly as saturated.

In tomorrow’s lesson, learn how to find keywords you can rank for no matter how authoritative your site is, and how to plan for every step in your buyer’s journey. 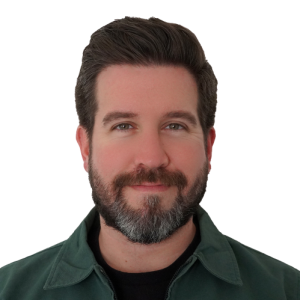 is an SEO and Content Marketing professional who is passionate about helping others get the recognition they deserve. You can hire him to write for you at JustinWritesSEO.com!

Upon checkout, you’ll be emailed a short form to tell us your needs. We’ll spend 1 hour preparing for our call, then 30 minutes presenting and answering your questions.

You’ll leave with an actionable recording you can use to improve your SEO (whether you hire us or not). If you decide to hire us, the $149 will be discounted from your first purchase.